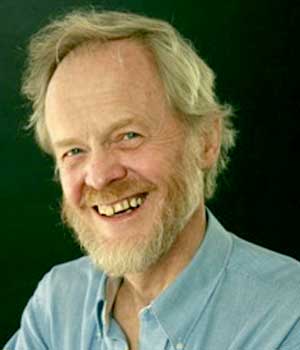 Douglas Lawrence AM has been Director of Music at Scots' Church since 1984. He teaches organ at the University of Melbourne and was Master of the Chapel Music at Ormond College from 1982 to 2006. He has been awarded the AM for services to music.

Douglas plays the organ most weeks for the Sunday 11am worship service, as well as training and conducting the choir.

Throughout the year Douglas is responsible for producing, directing and conducting many concerts and performances with the choir and with various instrumental ensembles, both in Scots' Church and beyond.

The Rieger Organ that was installed in 1999 was built to Douglas' specification and it has proven to be a wonderful continuation of the musical tradition and standard that has been the hallmark of Scots' Church since its foundation. 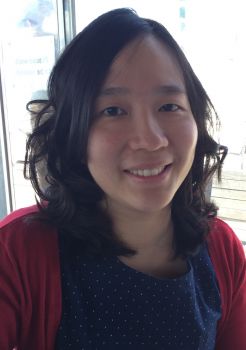 Ria Angelika Polo is the assistant organist.  Ria grew up in Jakarta and moved to Australia in 2002 to pursue her music degree at The University of Melbourne and graduated with Masters degree in Music Performance and Teaching.

Before her appointment as assistant organist at Scots’ Church in 2016, she has been actively involved with the Scots’ choir and Australian Chamber Choir.

Ria has had organ performances around victoria and the highlights were solo recital at The Organic-Lunch Concert at Melbourne Town Hall and The Scots’ Church International Organ Series in 2015.

She is currently working as a piano teacher at Monash College as well as running her own music studio.

The Choir of the Scots' Church, Melbourne

The Choir is made up of four Principals, four Associate Principals and 18 Choral Scholars and Lay Clerks.

Sunday repertoire is drawn from the great sacred works of the last 500 years with a special emphasis on the 16th Century, the music of JS Bach and 20th and 21st Century works. The choir sings many Australian works. These have included works by Colin Brumby, Nigel Butterley, Vaughan McAlley, Christopher Willcock, Philip Nunn, Andrew Batterham and John Mallinson.

Many distinguished musicians have passed through this choir; probably the most famous of them being Dame Nellie Melba who both started and finished her career in The Choir of The Scots' Church.
To assist in worship and performance the church has three organs. The Transept organ of 54 registers and the Gallery organ of 16 registers were built by RIEGER and may be played together from the transept console. In 2012 the church received a four stop continuo organ from the Dutch builder HENK KOP.

The Director of Music since 1984 has been Douglas Lawrence OAM. The Assistant Organist is Dr Robin Batterham AO and the current Organ Scholar is Ria Angelika Polo.

Read about our Scots' Organ